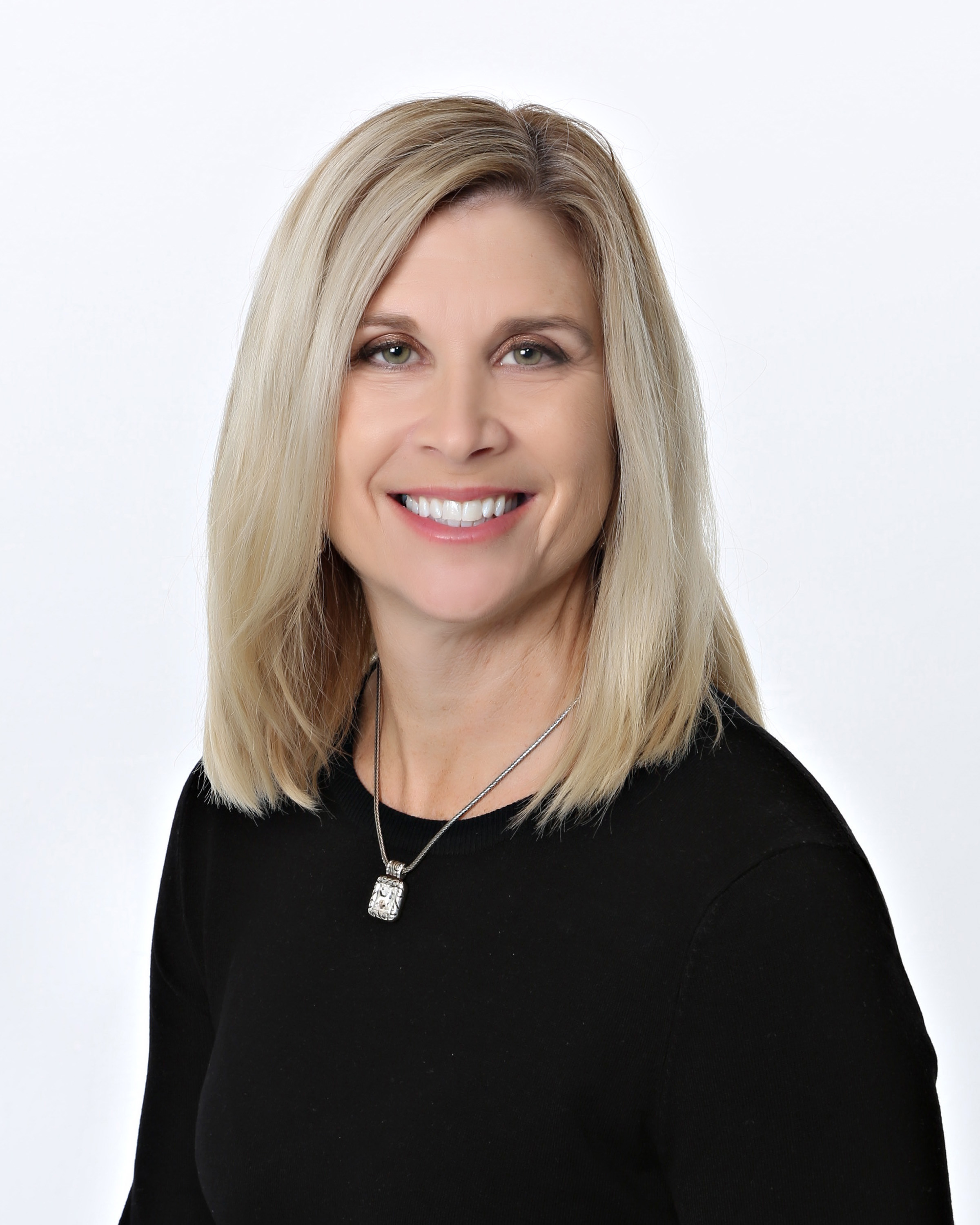 Serving her first term on the board, Lisa Croston has been licensed since 1996. She was co-owner of Property Pros prior to merging with Century 21 ProLink, where she is currently the Managing Broker.

Lisa holds a B.S. degree from Iowa State University, and has served on the board’s Membership and MLS Committees. She currently serves on the Iowa Association of REALTORS® forms committee.

Lisa is excited to help bring increased awareness of the role of the REALTOR®, and the value they provide to the consumer.  She also hopes to increase awareness of the contributions REALTORS® give to communities through our knowledge and skills.

Lisa is a member of the Junior League of Sioux City, and a former board member of the LeMars United Way. She has two great children, Brette and Nick, and is married to her husband Dave. Serving her first term as a director, Tonya Vakulskas has been a licensed REALTOR® since 2004 and has worked in various capacities in the industry, including being a full-time agent, recruiter, trainer and sales manager. Selected as President-Elect for the board this year, Tonya will serve as President during the 2022-23 year.  She is currently an agent with the Keller Williams Okoboji office.

Tonya has served on the local board’s finance and MLS committees and is a state approved continuing education instructor through Iowa Association of REALTORS®. Active in her community, Tonya is a past recipient of the Greater Sioux City Board of REALTORS® Service Award and enjoys volunteering as an Ambassador for the Siouxland Chamber of Commerce.

In her new role, Tonya is excited to help the board continue to evolve and become the best it can be, while striving for continual improvement and positive promotion of our business and the public that we serve.

In her free time, Tonya enjoys spending it with her husband, Jeff, and their three grown sons. During beautiful, warm and sunny weather you can often find her out on the water.

After a short break, Kevin Archer rejoins the board for another term of service.  Broker at Keller Williams Siouxland, and a REALTOR® since March 2002, Kevin enjoys mentoring and teaching new agents.  He has served on the board’s MLS Committee, the Board of Directors and served as Board President in 2013, being named REALTOR® of the Year in 2013.  Kevin was part of the team that facilitated the 2015 merger of the Greater Sioux City Board of Realtors into the current NWIABOR, including the implementation of Core Standards.  This year, Kevin hopes to continue to raise the level of professionalism and accountability in the industry.

In the community, Kevin has served on the Sunnybrook Community Church Elder board, and has given time to many volunteer committees including fundraising for the church, youth groups, mentorship programs, and others.  He volunteers with Habitat for Humanity, Youth for Christ, Camp High Hopes, Boys and Girls Home, GiGi’s Playhouse, the Salvation Army, the Soup Kitchen, and many more.

Kevin has been married seven years to his lovely REALTOR® wife, Charity.  Together the couple has one dog named Archie Archer, two daughters, three sons, and an adorable grandson. Kevin has long collected antiques related to Sioux City or transportation, specifically gas and oil memorabilia. Serving her third term as an NWIA director, Vicki Kollbaum brings over 27 years real estate industry experience to the board. Holding a Ph.D. in real estate, Vicki is also CRS, GRI, CDPE and SRES certified. This year, Vicki wants to encourage more involvement at a local level with participation in local board events, area events, education and local service projects.  She firmly believes that giving back to our communities is a key endeavor for our board.

Vicki is an agent with NextHome TriState Realty in Sioux City, and has long been involved in the REALTOR® association. She has served on both the board’s finance and vision planning committees. Before relocating to Iowa in 2008, she served a three year term as a director with the California Association of REALTORS® and was president of the Lodi (CA) Association of REALTORS® in 2003.

Outside the professional association, Vicki is active with the Downtown Sioux City Kiwanis Club, where she is past president. A member of the local Elks Club, Vicki and her husband Kevin have three children and five grandchildren.  She resides in the Hornick area. Joe Krage is an 19 year veteran of the real estate industry. Specializing in residential properties, Joe holds CRS, CBR, and CNE designations.  Joe is often involved in the community, having served in past roles on the City of Sioux City Planning and Zoning Commission, the City of Sioux City Board of Adjustment, the Cone Park Development Committee and the Mercy Hospital Foundation Board.  He is currently on the board of directors of Saturday in the Park and is a member of the Noon Sertoma Club.

Joe has served twice as president of the local Board of REALTORS®, in 2007 and 2015.  He is with United Real Estate Solutions in Sioux City, is married to his lovely wife Marcia, and has four girls and one grandson. Kevin McManamy began his real estate career in 1992 and holds a real estate broker license in the states of Iowa, Nebraska and South Dakota. Currently with United Real Estate Solutions in Sioux City, Kevin has worked as Office Manager, Sales Associate, Director of Career Development, Vice President and President of the firm.  He has served on the Multiple Listing Service (MLS) Committee with the Board of REALTORS® and taught technology courses as a certified instructor for the Iowa Association of REALTORS®.

As a Sioux City native who believes in giving back to his community, Kevin currently serves on the Board of Directors for The Siouxland Initiative (TSI), a regional economic development organization with ties to the Siouxland Chamber of Commerce. Kevin has also served on the Board of Directors for other local non-profits, including the Alzheimer’s Association, Center for Siouxland and United Way of Siouxland.  He and his wife Kristie are past chairs of the United Way of Siouxland annual fundraising campaign and served on the campaign leadership team for three years.

Kevin is dedicated to creating a professional and profitable environment for our membership, one that promotes ethical practices and elevates the success of our members through professional education opportunities. Serving his second term as an NWIA director, Brad Sanderson has been a REALTOR® member since 2001 and holds the CRS, RENE, CNE, ABR, SRS, and RSPS certifications and designations. He currently serves as the 2020-2021 President of the board.  In addition, Brad has served as past president of the Iowa Great Lakes Board of REALTORS®, and is in his second term as a Director for the REALTOR® Foundation of Iowa.

Brad is the Broker/owner of EXIT Realty Midwest in Spirit Lake, Spencer, LeMars, and Cherokee. Outside of the office he enjoys all things outdoors, including golf, hunting, and fishing. He is married to his lovely wife Sheree, who is also a REALTOR® member. His family includes two wonderful children, a beautiful granddaughter, and two dogs.

Brad serves this year as Past-President in an advisory (non-voting) capacity. Elected to the board in 2021, Lisa Sissel is an agent with Century 21 ProLink, and started her real estate career in the spring of 2004.  Licensed in Iowa, Nebraska and South Dakota, she is also a CRS.  She has worked in Commercial Real Estate, Property Management, Residential Real Estate and worked side by side with a very experienced real estate agent for five years.

Lisa volunteers for Big Brothers-Big Sisters, the Sioux City Humane Society, Council on Sexual Assault and others. The proud mother of two, Lisa's son followed her love for real estate through the years and owns many rentals, and her daughter is a recent graduate of USD.  Lisa has three beautiful grandchildren, and enjoys yoga and gardening. Back for another term on the board, Katie Slater started her real estate career in 2008 after her husband decided he was tired of paying another agent thousands of dollars a year to help him buy and sell investment properties. Katie was running a 30 child daycare center/preschool at that time and began in the business as a part-time agent, but a year and a half later, she had built a big enough business that she sold the daycare and became a full-time REALTOR.  In 2016 she opened her first brokerage, NextHome At The Lakes,  then in 2018 she started NextHome TriState Realty.  In 2011, Katie joined the ranks of local board leadership and in 2013 and 2014 served as the president of the Iowa Great Lakes Board of REALTORS.  In 2015, Katie was installed as a Regional Vice President for the Iowa Association of REALTORS and held that position until 2019.  She has been a director of the NWIA Regional Board and served as Board President in 2018 and has served on numerous committees at the local, state, and national levels over the past 10 years.

The future of the real estate profession is scary and Katie says her goals for the organization are to help find the best ways to help our local agents be as professional as possible while keeping up with the current real estate trends.

In her spare time Katie loves attending sporting events, especially the Cyclones and Vikings, and also loves going for walks with her 180 pound dog named Buddy. Julie Skaff-Gregg joined the NWIA board in 2021, having been in the real estate business since 1989 and Broker/Owner at Coldwell Banker Associated Brokers Realty, Inc. since 2009.

Outside of work, Julie suupports the Chamber of Commerce and the Siouxland Humane Society.  For the past 10 years she has volunteered to decorate apples for the Humane Society fundraiser. She enjoyes participating in an annual pedal bike ride for Camp High Hopes and an annual motorcycle bike ride for the Tom Skaff Memorial to benefit area families in need. She is a member of the St. Thomas Orthodox Church. Serving her first term on the board, Misty Szczech has been in the real estate business for 14 years and is currently an agent for EXIT Realty Midwest.  She serves on the local MLS committee, and is excited to get more involved with the leadership of the association.

Misty volunteers for Noah’s Hope Animal Rescue, and is a community reader and volunteer for our local elementary schools.  She is also a Campus Life volunteer for middle school and is involved with TTT.